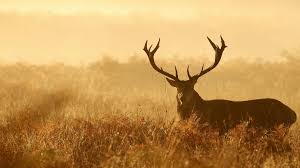 David J Stremel “Super Dave” went to be with the Lord on October 16th, 2020. He was an amazing man, husband, father, grandfather, brother, uncle, and friend. Dave was born in Hugoton, KS in 1959 to Carl Stremel and Annis Bell Stremel (Willis). He grew up on the family farm working the fields and running around with his .22 rifle. This love of the outdoors and hunting stayed with him his entire life.

He attended Hugoton High School and graduated from Diesel Tech School in 1978. He married his first wife Tammey Nix in 1979. From this marriage came three children: Lesile, Carrie, and Joseph. They divorced in 1996. In 1997 he married the love of his life Alaine. From this marriage he received two daughters: Jessica and Hannah.

Dave worked for Rocky Mountain Contractors as a welder, fabricator, diesel mechanic, and eventually as their shop foreman. If it could be driven, shot, or built; Dave knew how to fix it or make it better and more efficient. His knowledge about the world was endless. It was very rare that he didn’t have an answer to your questions.

Next to his family, his number one passion was being in the outdoors hunting and fishing. He was always the most at peace on the trail of a big buck, bugling in an elk, waiting for the next flock to fly over, or the next big fish to hit his lure. He attended taxidermy school in 1985 so he could preserve his, and so many others, precious hunting memories.

Dave courageously fought multiple myeloma for ten years utilizing just about every treatment option available to him. His last days were spent on the river with his hunting dog Moose waiting for the ducks and geese to fly by. When he became too weak to continue on in this world, he was surrounded by family as he was placed in the loving arms of the Lord.

He is preceded in death by his mother Annis Stremel (Willis) and father Carl Stremel.

Funeral arrangements are being handled by Darlington Cremation and Burial Services. A memorial is pending at this time.

To send flowers to the family or plant a tree in memory of David Stremel, please visit our floral store.

You can still show your support by sending flowers directly to the family, or by planting a memorial tree in the memory of David Stremel
Share a memory
© 2021 Darlington Cremation and Burial Service. All Rights Reserved. Funeral Home website by CFS & TA | Terms of Use | Privacy Policy