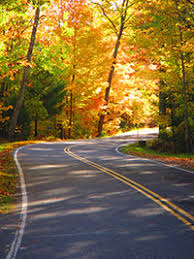 They started a family in 1957 with a son, Jon, and later had two daughters, Joan and Karen.

He enjoyed taking his family on vacations,  fishing,  hunting and camping.

Lief is survived by a son, Jon Kvamme,  of Columbia Falls , 2 daughters, Joan (Samuel) Olson, of Kalispell and Karen (Gary) Hall of Spokane,  WA, siblings, Marion Iverson and Edna Kise. He was also blessed with 15 grandchildren and many great and great-great grandchildren.

He was preceded in death by his beautiful bride of 63 1/2 years,  Ruth Kvamme,  his parents, Carl and Anna Kvamme, his father and mother in law, Edward and Johanna Pede, his siblings, Pearl, Jennette, Carol, Andie, Margaret, Beaulah, Clifford, Roy, Ethel, Vernon, Eugene and  Odin, and a grandson, Brian Blevins.

In lieu of flowers/gifts, the family requests that memorial donations be made in his name to Whitefish Care and Rehabilitation Center or a charity of their choice.

The family would like to extend special thanks to Whitefish Care and Rehabilitation Center,  Kalispell Regional Medical Center and Darlington Cremation and Burial Service.

To send flowers to the family or plant a tree in memory of Lief E Kvamme, please visit our floral store.

You can still show your support by sending flowers directly to the family, or by planting a memorial tree in the memory of Lief E Kvamme
Share a memory
© 2020 Darlington Cremation and Burial Service. All Rights Reserved. Funeral Home website by CFS & TA | Privacy Policy | Terms of Use